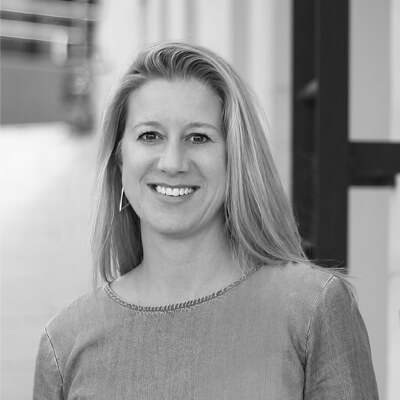 In her consulting role with PSMJ, Elise Kirchhofer shares experiences from her diverse background as she leads the project management and other training programs.

Elise has the unique experience of having served on the design, construction and Owner’s side of a project.  With over 20 years of experience in the A/E/C industry, this background allows her to understand the project and processes from all sides of the table.

Elise is a professional engineer who spent 15 years practicing at a national MEP firm, Henderson Engineers.  As Vice President at Henderson, Elise led a team of engineers responsible for managing a wide range of projects, from small national accounts to large complex healthcare and commercial projects exceeding $100 million.

Elise then led up Project Management for CBRE in the Kansas City area.  This role, often called Owner’s Representative, oversees and manages the design and construction of projects for Owners who don’t have the expertise or staff to do so themselves.  This work allowed Elise to see the full range of the project from concept thru completion, from landlord negotiations and bringing on the design team to furniture and move management.

From here Elise spent time at McCownGordon Construction where she first led up the company’s support services, such as engineering, virtual design and construction and quality control.  She then took over as their higher education practice lead.

When she isn’t delivering PSMJ programs, Elise is now Principal at Hoefer Welker where she leads up Operations, Engineering and is integral in business development.

Elise has a Bachelor of Science degree in Architectural Engineering from University of Wyoming.  She is a registered professional engineer with LEED and ASHRAE Healthcare Design Professional accreditations.  She is a past board member of USGBC Kansas City and AIA Kansas City.